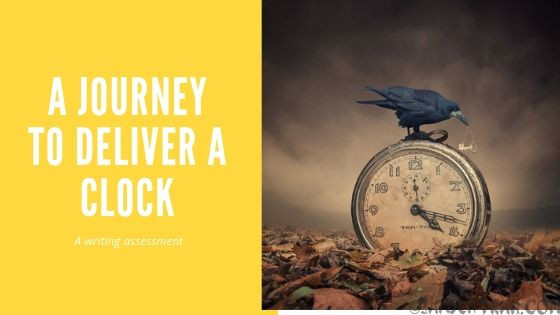 A Journey to Delivering a Clock- Narrative

As a school writing assessment we had a image like this:

This was a stimulus to our narrative. We had a period of time to do this and that was our draft. After we wrote our draft we went on to publishing it to make it much better. Here is my published piece.

A Journey to Delivering a Clock by Jayden Tran

It had been 14 years since a tragic accident and 14 years since I saw my very own son. I never thought that it would take this long to recover from the accident, but life has its ways. I looked back at the portrait with the young boy and the 2 parents. Suddenly a vision of some sort appeared in my head revealing a house with silver gates and bright yellow lights. The gate started to creak open to view a family with 2 younger children and 2 grown-ups both smiling. The vision faded away. I looked at the clock and the key then grabs it.

A shivering light appeared again and beamed down at me. I  vanished back into the crow. Before I even opened my black crow wings, I get strangled into a golden cage.

Another man with a blue hoodie held up the cage. Inside it was me, the crow from before with the clock and the key.  The black hoodie man walked out of the house and into a black car. The black hoodie up the back seat and threw me inside with the cage. He knew how to start the engine, ‘I have to get out of here’ I thought, but lucky with my intelligence I opened the cage with my beak. I flew out of the window with the clock in my feet. The black hoodie man screamed, obviously noticing I had left the car. The blue hoodie the phone he was holding, and it crashed into little tiny pieces. It was the end of them at last.

I flew to where my wings took me. Making sure I haven’t dropped anything at all. Then when everything seems fine I have a sudden thought. I had left the key with the black hoodie man. Maybe it wasn’t the last of him. Now that the key is gone we can’t open the clock this journey would be for no reason. With a cool winter breeze running through my wings I kept going. I soon found myself stopping on a brown dead tree for a short break. Huffing and puffing I had set off again, To the figure of a silver gate right in front of him. Suddenly I felt a tingle.

‘Was this it?’ I thought to myself.

Staring at the silver gate wondering. Incurved it had engraved something,  saying The Tom Family. A bright shivering light appeared and vanished into my true form, I looked for his letterbox. Then there it was the silver letterbox. I slipped the clock into the letterbox, then writes on a small piece of paper.

From your beloved father

I slipped it into the box, ‘this is it’ I thought, I turned away and walked back around with my walking stick clutched up in my hand, never looking back again. 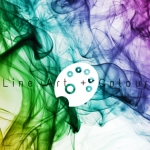 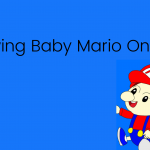 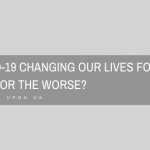 Is COVID-19 changing our lives for the better or the worse? 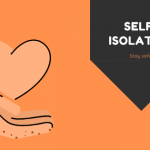